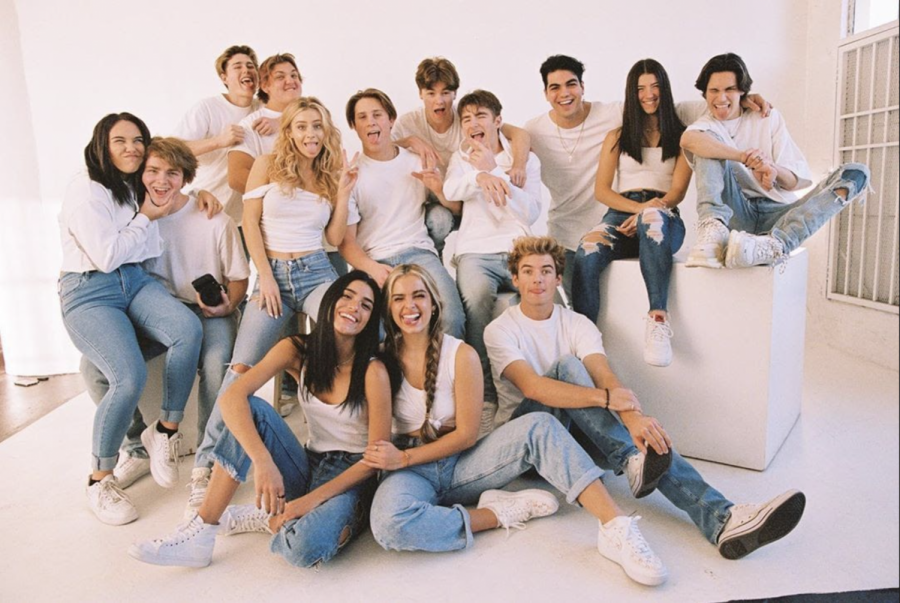 Imagine this; you downloaded the app Tik Tok, and once you have opened the app after making an account, you come across all kinds of videos. Some may be hilarious that will leave you with tears of laughter, while others may leave you in… well, tears. Whether you make Tik Tok videos or not, you’re a part of the Tik Tok community, and in that community, there are many “influencers.” You may be familiar with these names like Charli D’Amelio and her sister, Dixie, Addison Rae, Bella Poarch, Sienna Mae, or Loren Gray. Or maybe they’re the shirtless dudes that call themselves the “sway boys.” Most of these teens like to call themselves influencers, but in reality, they’re not. So what does the word influencer mean?

A person or thing that influences another, to inspire or, to help another draw ideas. When these Tik Tok stars make videos of themselves dancing to “Tik Tok moves,” it doesn’t inspire the other person on the other end of the screen who is watching. If you’re watching Charli D’Amelio do one of her dances you’re probably either thinking, “She looks cool doing that” or flat out just “weird.” Many of these influencers already have millions of followers and likes but for what? For dancing in front of a screen for 30 seconds? For eating a slice of cake and getting five million likes? For posting thirst traps? All of those things sadly are true. The sad thing is that if another person, who isn’t famous per se, does the same moves, they will barely get just half the likes, most of the time even less. So what makes these people so “special” when they create the same content as every other person on the app? There is no answer to that question because it’s hard to ignore the fact that all of those “famous” people on Tik Tok are all gorgeous, and even though one may not think so, most of the content creators are popular not because of what they post but how they look. Many of these teens have dozens of fan pages made after them, fans who love them undeniably. It’s hard to tell why they have so many fans and followers. At one point, many people thought D’Amelio was buying her followers because the numbers were increasing so highly every couple of hours. Many fans shrug it off and say, “It’s because of her talent.” But how much talent does it take to do the “Woah”, a “dance” move, two times? Not that much.

The D’Amelio sisters have everything they could ever want, especially now. People who have large platforms that now also make money think they have a lot of control in society. Dixie D’Amelio, the oldest, started a singing career recently after her popularity hit on Tik Tok but many people believe that her songs are not creative and childish. Even D’Amelio is embarrassed by her songs when she states why she didn’t want to attend college. “I decided not to go because just traveling back and forth was going to be a lot, and I was also really scared because I saw someone make a TikTok saying that they would play my songs at a frat party, and that’s really what turned me away from going to school because I don’t think I could handle that level of embarrassment — being at a frat party and hearing someone play my song,” D’Amelio said. Wouldn’t someone be proud if they heard other people listening to their music? Not for this Tik Tok star. We cannot ignore the fact that the D’Amelio sisters also have poor manners according to their recent youtube video. When their private chef serves their meal, Dixie D’Amelio notices that it’s Escargot (snails) and mimics throwing up. She asks, “What is this?” and the chef replies to say, “It’s a snail, it means good luck and fortune.” Then D’Amelio replies to say, “I just touched its liver,” then proceeds to eat it, and she starts to make gagging noises. Her mother had to excuse her for her horrible behavior. On the other hand, her sister, Charli D’Amelio talks about her 90 million followers and says, “Imagine if I hit 100 mil a year after hitting a mil.” James Charles, beauty influencer, then says, “Was the 95 not enough for you,” backlashing D’Amelio’s words. She then says, “Well I was just like saying, even numbers.” That’s what happens to people who gain many followers, they’ll want more and more because they’ll become spoiled. Then comes the question, how are these girls considered influencers? They’re not, it’s what they call themselves because the meaning of the word has changed in their minds.

Being on Tik Tok has become more of a trend nowadays. It’s about what you’re posting and how you look.

Many of the “Sway House” guys such as Noah Beck, Bryce Hall, Blake Gray, Josh Richards, etc., all post the same content; shirtless dancing videos, according to their Tik Tok accounts. Before these boys ever had Tik Tok, they all looked quite different from how they are now. For example, Noah Beck, an all-star soccer athlete who was a little bit thinner, and had brown hair, now he is making Tik Tok dance videos without a shirt 90 percent of the time, shows off all of his muscles, and has dyed his hair black just like all other “sway” boys who have done the same. Seriously, check out their Tik Tok videos, you’d be surprised. This draws the same question, how are these guys considered influencers? They are indeed not. They convince many users to believe they’re just hot guys who are having fun…while making a ton of money…

On average, many Tik Tokers may earn 20,000 to 30,000 dollars a post, depending on the sponsor and viewers. Charli D’Amelio was sponsored by Dunkin Donuts, who created a drink called “The Charli,” which is a Dunkin’ Cold Brew with three pumps of caramels added with sweet foam cold and cinnamon sugar, according to people.com. Reports have shown that with D’Amelio’s content she can charge up to 100,000 dollars per post. So we don’t know exactly how much she made from Dunkin, but we know that it was a lot.

It’s sad to see a person who makes the same videos over again with no creativity earn that much money where there are people out in the world who have so much talent and their voices aren’t heard. These so-called “influencers” believe they’re putting in talent and effort into their videos. Studies have shown that many of their viewers, especially girls, tend to feel they’re not as pretty as the Tik Tok stars. They compare their body sizes, faces, and many things about themselves to those girls. This leads many girls to depression.

To sum it up, Tik Tok is a community-based app, and as much as it has a funny and bright side, it has a dark and toxic one too. Many of these Tik Tok “influencers” think they’re expressing themselves and their creativity but there is nothing original about them. You rarely find original content, and when you do, it’s not from any of those Tik Tokers, yet lesser famous people. If many of the Tik Tok stars want to become actual influencers then they need to start creating content that brings people together. That gets many young teens inspired for something. Because that’s what an influencer does and that is why I believe these Tik Tok stars are not influencers.