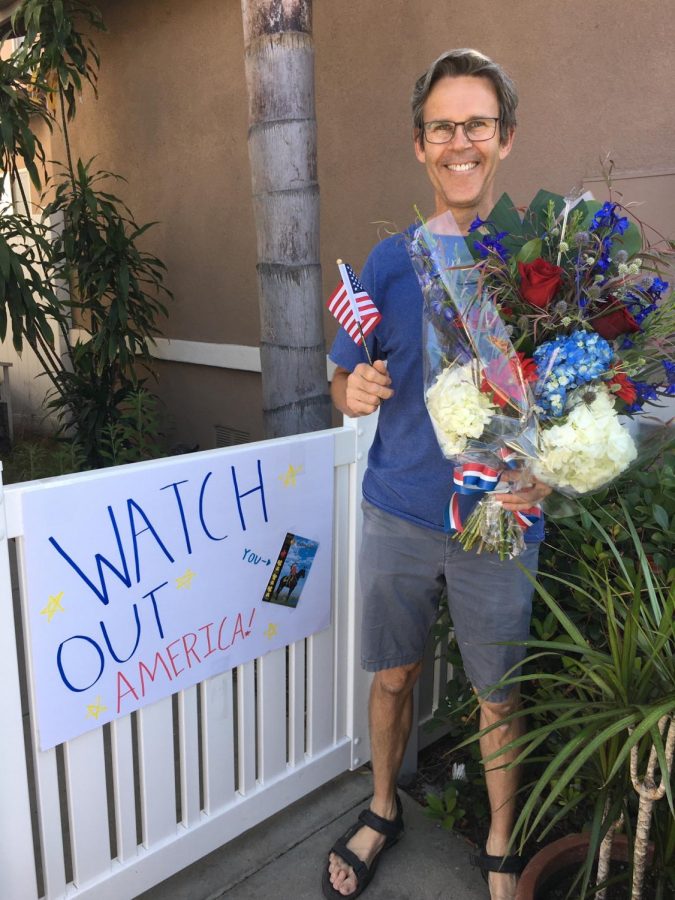 Dr. Alastair Inman, one of our biology teachers, has recently become a US Citizen, after living in the US for over 25 years.

Dr. Inman was born in London, England, until he moved to Canada when he was eight years old. According to him, “Life in England is different from life in the United States, because the country is so small, and it is very easy to travel around within the country and to neighboring European countries.” Dr. Inman attended McGill University in Montreal, and obtained his Doctorate from the prestigious Oxford University.

About one year ago, Dr. Inman began the process of becoming a citizen. He already had a green card, since he came to the United States in 1993 to teach at a college in Georgia. The application cost about $800, which was one of the reasons why he had put it off for so long.  The application is very large, and takes a while to complete, as the applicant must put all of their background information, “You have to declare every club or group you’ve ever been in, and say that you’re not a communist…” said Dr Inman about the background information portion. Then over a series of appointments, other information is obtained from the applicant, including fingerprints. At the end of this year-long process, the applicant attends an oath ceremony, where they hold up their right hand, and recite their oath to the United States. However, due to COVID-19 restrictions the usual process of completing the oath ceremony was altered. Instead of being in a room full of other prospective citizens, Dr. Inman’s oath ceremony was akin to a drive through, when he drove up to the government official, he did the oath in his car. Then once it was completed, Inman received his miniature flag and drove home as a citizen of the United States.

Finally, when asked the reason for applying for citizenship after so many years as a green card holder, Dr. Inman said, “I felt that it was important to vote in this upcoming election.”