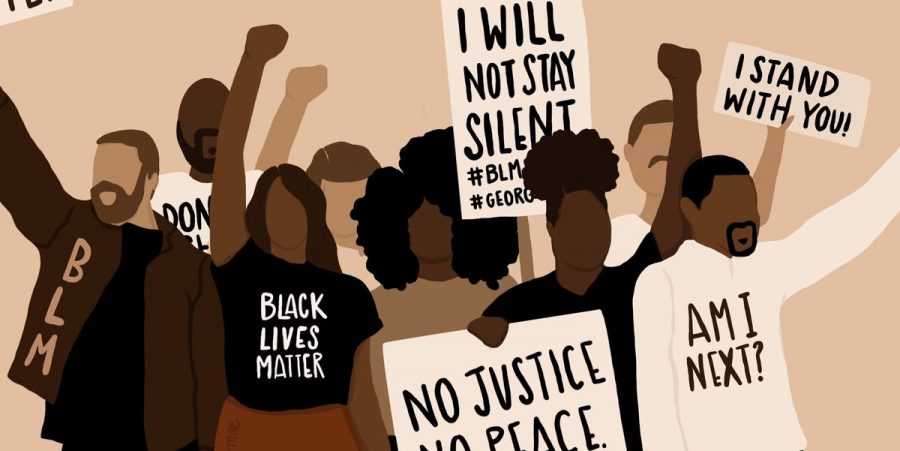 During the time of this global pandemic, social media has played a crucial role in how communities interact and communicate with one another. With recent news of the death of George Floyd, Breonna Taylor, Tony McDade, Dion Johnson, and many more Black Americans being unjustly killed and brutalized, social media has become a platform to spread awareness and activism.

There’s a clear parallel between the 1960’s Civil Rights Movements and current day Black Lives Matter activism: the calling for reform of systems that target the Black community, putting an end to police brutality, wanting to fire politicians that perpetuate anti-Blackness, and equity as well as equality for Black people. But, the difference between these protests and other forms of rightful civil unrest in U.S. history is that today, social media encourages activism from home. Photos of protests, digitally designed quotes, murals and posters honoring those killed by police, infographics on how to be anti-racists, exposing students and adults who’ve said or done problematic actions, and videos of police brutality or racially charged crimes/speech have dominated social media for weeks. Activists are directly exchanging information and creative expression, outside of the traditional news and journalism sphere.

Social media has traditionally been associated with performative activism, or “hashtag activism” rather than anything substantial or revolutionary. But now social media is a far more serious tool for change and has become a source of raw, live information is a tool to organize protests and encourage everyone to speak up and use their platforms. Today’s civil rights movement doesn’t require centralized leadership structures to create change.

The rise of social media, and the Black Lives Matter movement, has helped everyday Americans become more conscious about systemic abuses of power by law enforcement, white privilege and the racist headlines and journalism in the media that seek to legitimize police and right-winged extremist violence by criminalizing black victims.

In this collective cultural conversation, what we choose to share and pay attention to online is particularly important. Just as our choices online can be hollow — signaling nothing but our desire to not be seen as racists or to ignore oppression — so can our choices online be authentic and tethered to actual changes in ideology and behavior.

Social media users must not treat Black Lives Matter as a social media trend. They must take activism outside of social media and take anti-racist actions. It is not enough to say “I am against racism” as actions speak louder than words to create substantial change in activism. Awareness, constantly questioning the status quo, fact checking what we see on social media, and checking our own privileges and biases are crucial to being activists and allies.