The Return of Cypress Sports 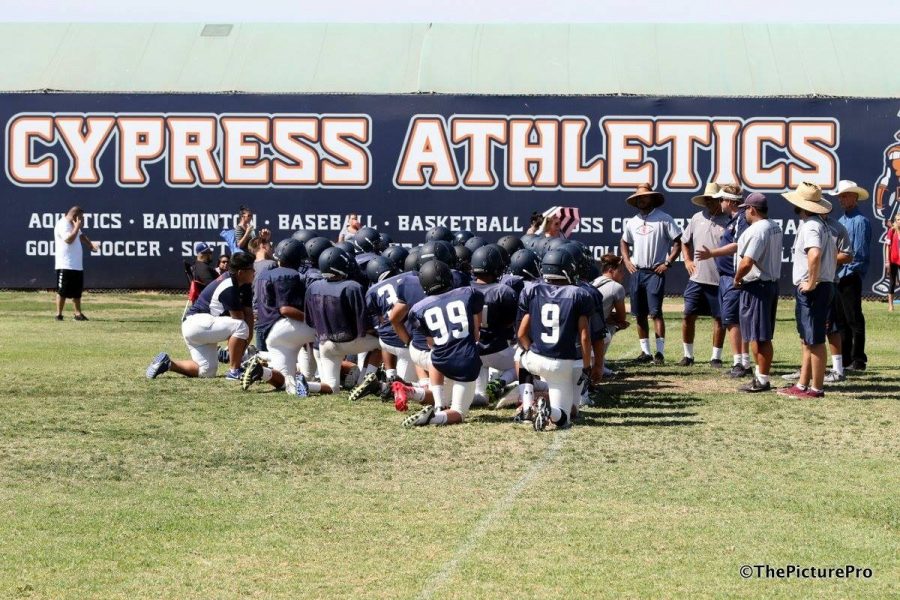 As students return to Cypress High by attending online video calls in the comfort of their own home, a key component of the high school spirit has gone missing since that fateful day in March, when the students participating in spring athletics were met with a harsh reality of COVID-19. As the student body entered their early spring break, many were left in uncertainty with practices and matches being canceled. A substantial amount of athletes were left in the dark during the majority of the early quarantine period about the specific details about a return to training including the closure of all fitness facilities in the state of California on two separate occasions. “Staying fit during quarantine was pretty hard mentally because all the self-isolation had made me pretty lazy and careless. Although I did slack off for a little while, I began to push myself to stay in shape for the upcoming year of aquatics,” says senior Varsity swimmer, Samuel Cauneac.

In July, the district gave the green light to resume the fall sports summer camps which unfortunately were cut short just two weeks after they had begun. Although precautionary measures were taken regarding social distancing and proper sanitization, California witnessed a massive spike in Coronavirus cases in late July, which resulted in the cancellation of athletics once more.

On September 8th, Centurion sports teams will resume their training following the phase one protocols that were in place in the summer. “To date, we have not tried to do any baseball activity whatsoever as a group. After Labor Day, all sports are allowed to start back up in phase one; which is really no contact, just conditioning,” stated Coach Weber, the head baseball coach. The athletic administrators have been briefed with four different phases that correlate to the severity of cases in the AUHSD area. Phase one includes no contact between players, mandatory masks, and temperature check. Phase two only introduces ball play between players and keeps the same strict provisions. Phase three allows contact within players and practices should return to normal. Lastly, phase four is a total return to competing in matches when COVID is no longer a threat.

Various coaches have implemented a pod system that separates students into smaller groups of eight players and is effective for conducting contact tracing. This system allows coaches to keep track of players, especially difficult when sports like volleyball and water polo need to manage time for both their boys and girls programs due to the sports sharing the same season unlike past years.

The new season of Centurion athletics is beginning soon. A new wave of schools and businesses have begun to reopen across the country, with varying amounts of success. Still, a question looms over the Cypress High athletics department on whether or not the Phase system will be successful.