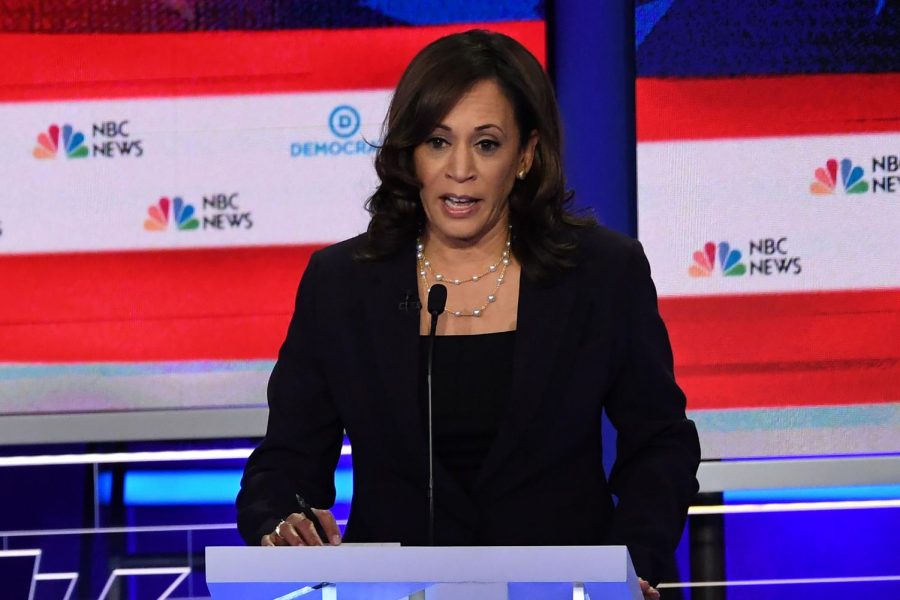 To call Kamala Harris a divisive figure is, frankly, an understatement. On one hand, she is a firm defender of the law, supporter of the LGBT community, and has worked tirelessly in the pursuit of civic reform. On the other hand, her political history is marred with controversy that both liberal and conservative critics are quick to bring up. Ultimately, Kamala Harris, as a vice presidential nominee, a champion for the disillusioned, and an icon who represents the hopes of a progressive nation, is more important than ever. Her controversial figure is representative of our political climate.

Harris’ nomination has come at a time when America is more divided than ever, with liberal progressives and alt-right conservatives constantly clashing. Conservatives are quick to criticize Kamala Harris, labelling her as radical and taking offense to her nomination as Vice President- a stance possibly rooted in racism. Some progressives are also quick to criticize her, viewing Kamala as an anti-progressive authoritarian figure who merely presents herself as a politician with progressive ideals

This label is not a baseless insult. Harris has, historically, been very supportive of the law enforcement’s rights, and her current policies contrast heavily with her past actions. Marisa Lagos, in a September 1 episode of the NPR podcast “All Things Considered,” said, “In 2015, Sacramento Assemblyman Kevin Mccarty authored a bill to require the attorney general to take away investigations of police shootings from local DA’s…” While Harris did reverse her stance on the issue earlier this year, it is still an example of her extreme support for law enforcement. That same year, Harris’ Department of Justice made it a requirement for its officers to wear body cameras, making it the first statewide agency to do so. While it was a step in the right direction, its exclusive application to the Department of Justice is an inadequate solution to the underlying issues of police violence. The expectation that a reactionary solution would solve an issue that needs preventative solutions seemed to fall short.

But, this does not mean that Kamala Harris is a hypocrite or a liar. Kamala Harris is a progressive politician through and through, with Joe Biden describing her in an August 11 tweet as “…a fearless fighter for the little guy, and one of the country’s finest public servants.” She has reversed her stance on many issues, proving that she is open-minded and willing to listen to American voices that have been systematically silenced and marginalized to better America. As DA and attorney general, Harris strongly supported LGBTQ+ rights, arguing that Prop 8, a state constitutional amendment passed in 2008, was unconstitutional and urged the legalization of same-sex marriages. In 2014, she co-sponsored legislation to ban the gay and trans panic defense, a legal strategy where the defendant can claim that unwanted same-sex advances had caused them to act violently. She is also a vocal critic of the death sentence, and has pledged to never seek the death penalty.

Of course, these beneficial measures aren’t an absolution of her previous decisions, but they are the reason that Harris is the best candidate for the job. Harris is a seasoned politician, who learns from her mistakes and serves the people. She isn’t the perfect candidate, but she’s the candidate we need: someone who firmly believes in the fundamental idea that all humans have a right to a better quality of life filled with self-expression and acceptance. Harris is a choice that means we’re one step closer to transcending the antiquated values that have divided this nation for so long.